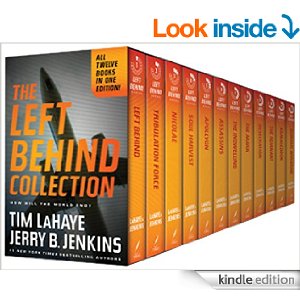 I was recently asked by another Pre-Tribulation believer about Tribulation saints.  She said that since we will be taken out of the world, the Holy Spirit in us is therefore also removed from the world (2 Thessalonians 2:7), and that therefore, nobody would repent during the Tribulation period.

The first part of what she said is absolutely true, and I believe that’s why (and when) God said:

What has been will be again, what has been done will be done again; there is nothing new under the sun, (Ecclesiastes 1:9).

So here’s how I believe this is going to play out: just like in the parable of the Ten Virgins (Matthew 25), some of us will be ready for the Rapture, while other Christians will be busy and distracted, maybe even busy with ministry, but they’re not watching and waiting for Jesus to come Rapture them away.  There are some Christians who I believe really love and follow Jesus, but who don’t believe in the imminence of the Rapture.  All of these will believe it when it happens and they will know that they have been left behind.

At that time, they will really set aside every weight (Hebrews 12:1) that had prevented them from going in the Rapture (busy-ness, unbelief, distractions, etc.).  They will become the super evangelists of the Tribulation period.  They will also be beheaded for their faith because now they know that everything the Bible speaks of is absolutely true.  They no longer have anything to lose, so they will willingly lose their heads for Jesus.

And God will assist their evangelical efforts by pouring out His Spirit again (as in Joel, above).  Because He wants to see as many saved as possible.  God doesn’t make mistakes, but if He did, God would always err on the side of mercy and grace.  He doesn’t want to see anyone go to hell.  By the same token, God is not going to force anyone into Heaven, either.  If someone goes to hell, it is because they chose it.

Now to the Harvest cycle illustration: in the Hebrew tradition there are three stages to the harvest:

Just as there were three phases to the harvest, there were also three main crops harvested:

Given a choice (and we are!), I choose to go in the Rapture and spend the Tribulation with Jesus.  How about you?  Don’t wait!  Even though I wrote the Feast of Trumpets is the most likely time for the Rapture, God is not restricted.  He can do anything He chooses.  If we’re ready now, then we won’t be caught by surprise.  God is good!