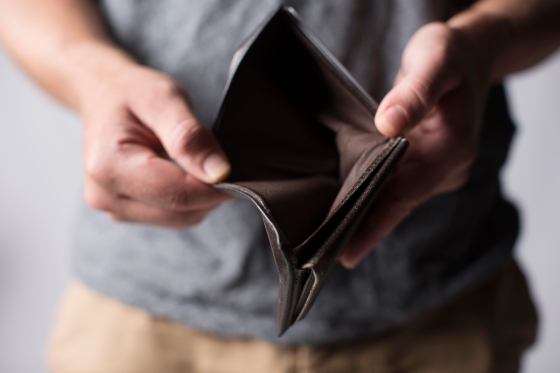 In fact, the concept of zero is also clearly found throughout the Bible: the idea that there were none, no people, no animals, no things, nothing.

This morning as I was meditating on God’s Word, I remembered that several years ago a friend had asked me what I knew about the significance of numbers in the Bible.  Honestly, I had never thought about it.  And this was long before I learned to Google for answers.  So, with Concordance in hand, I simply dove into the Bible to see for myself.  In fact, that may be the very first time that I became intrigued with Hebrew because it was fascinating to learn that words and letters have numerical values[2].

So this morning I began pondering the concept of zero from a Biblical perspective.  When studying the Bible, it’s important to remember the Law of First Mention:

It is important to look for the place in the Bible that a subject, attitude, or principle is mentioned for the first time and see what it meant there[3].

The reason to look for the first mention is because that will help you to understand better all the rest of the places where that “subject, attitude, or principle.”  The first mention establishes the true meaning of the concept.

There are many places where the concept of zero is clearly in the Bible, but the first mention is found in Genesis 1:2:

The earth was formless and empty, and darkness covered the deep waters.  And the Spirit of God was hovering over the surface of the waters.

The Hebrew word for empty is tōhû (pronounced toh-HOO), meaning void, emptiness, also vanity and worthlessness.  Not very exciting so far, right?  Well, as I started thinking about all the other places where the concept of zero, nothing, void, emptiness, etc. occurred, the Holy Spirit revealed something really cool.  Based on that first mention of void emptiness in Genesis, He showed me that the number zero is the number that requires the intervention of God.  Think about it: the earth was zero, and needed God to make something from that nothing.  Sarah’s womb was empty (and also Rachel’s and Hannah’s and Elizabeth’s and many others, most notably Mary’s), and needed God to make something—a baby.

See how zero is emphasized by repetition in this verse?  This is the most important zero in all the Bible.  Without God’s intervention, we are all lost—every single one of us.  But thank God that He sent His only begotten Son to save us.

And that led me to think about my own life.  At the end of three years of deep depression, just when it seemed that my life was a great big, fat goose egg, God intervened and made my zero into something wonderful.

Zero may not appear as a word or number in the Bible or in the Hebrew language, but that doesn’t mean it isn’t there.  And that certainly doesn’t mean that it isn’t important.  Thank God for intervening everywhere and every time we come to zero.  God is good!

23 thoughts on “The Biblical Meaning of the Number Zero”