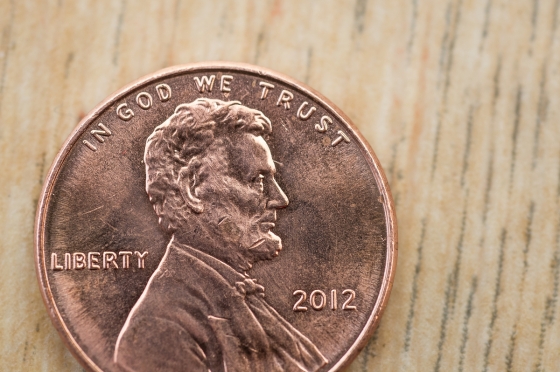 One of the most interesting things I’ve noticed in the Bible is the way that God revealed Himself to people through His Name.  So I would like to do a mini-study based on the Names of God.  So we will start today by looking at my favorite Name of God: Jehovah Jireh[1], The Lord, my Provider.  I have unashamedly and unapologetically made that personal (my Provider) because I have learned firsthand that He is indeed my Provider.

This Name appears in Genesis 22:1-18, where Abraham is climbing Mount Moriah with Isaac, a knife, and a bundle of wood, but no animal to sacrifice.  God told him to go to the mountain, build an altar, and sacrifice Isaac, the son he loves, there.  Abraham did as God said.  When Isaac asked about the sheep, Abraham said, “God will provide a sheep for the burnt offering, my son,” (verse 8).  And indeed He did.

Here’s the thing that both Abraham and I have learned about God, our Provider: He’s never early and He’s never late.  God always shows up just at the right time.  And He doesn’t show up empty-handed (so to speak).  In this episode God showed up with a ram for the sacrifice.

I have many stories on my blog and in my books of God as my Provider:

I was in the process of selling my house when I came across a collection of wheat pennies that my dad had left me.  I had taken the collection to a coin dealer several years before, so I knew that my chances of selling the collection was not good.  Wheat pennies are not valuable or rare.  Still, I took it to a coin dealer with a reputation for being honest and fair.  His reaction was exactly what I had expected.  He said that a wheat penny is worth one and a half cents—not really worth his time.  Then I remembered that at the bottom of the sack there was one penny in a plastic holder.  I pulled it out and his eyes popped.  He grabbed his coin book and looked it up.  He showed me what the book said and offered me $650 for the whole collection, $600 for the special penny and $50 for the rest.

Sometime later, I had a conference in Canada to attend.  I had the feeling that this conference was important, but two things bothered me: first, I hadn’t had any communication from them in months, even after numerous e-mail inquiries—it had been cancelled, for all I knew.  Second was the cost to fly to the conference in Halifax from Texas was about $600.  Nevertheless, I couldn’t shake the feeling that it was important for me to go, so I prayed about it again, asking God if He really wanted me to go, and pointing out the cost.  Immediately He responded, “The cost for you is only a wheat penny.”  I laughed, and it still makes me laugh.  I love that God has a sense of humor!

The conference did turn out to be important.  A speaker at that conference said this, which I will pass along to you:  “Some of you are laboring to have Ishmael, when God wants you to open your arms and receive for Isaac.”  Will you trust God to be your Provider today?  God is good!

[1] The Names are anglicized to make them simpler to read and pronounce.