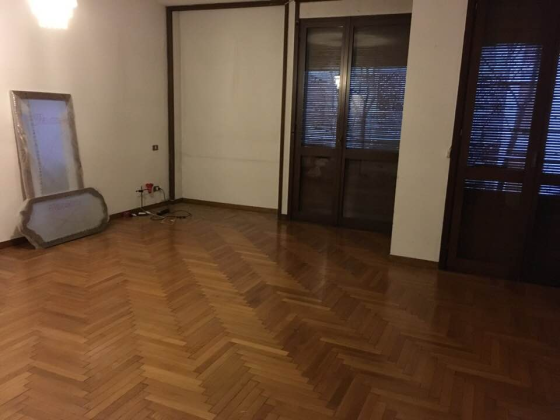 When praying about moving out of the apartment, I really only asked one thing: for God’s perfect timing for everything concerning the move.  And that one thing was not only granted, but indeed covered all the rest of the issues involved in moving (giving away the furniture, giving away all the contents of the house, choosing and packing up the belongings that I’m keeping and giving the rest to charity, arranging the utilities shut-off, etc.).

At times it seemed like things had gone off the tracks.  For example, I had ordered boxes online from a hardware superstore at the edge of town, thinking that they would arrive in a few days.  But as soon as I hit the payment button a message popped up saying that my boxes would arrive in two weeks.  I was not happy about this, but at this point I was committed.  So I went through the house bagging-up things to put in boxes when they finally came.  This actually made things a bit easier when the boxes arrived because all I had to do was put the bagged items into the boxes and close them up.

Now I am at Lino and Miriam’s house resting for a week after moving out and before being launched into Secret Weapon work.  This is also the answer to my prayer for God’s perfect timing in the moving process: a Sabbath week without internet to rest from all the work of moving, but also to rest up before launching into this new direction as God’s Secret Weapon.

God gave me Isaiah 54 as a rhema word in 1992.  Over the years I’ve read it many times, but it was only this morning that I really began to understand the significance of verse 16.  I had always sort of glossed over it, leaping ahead to verse 17 that promises supernatural protection from every attack.  This morning what I got from verse 16 is that I am the weapon forged in God’s foundry fires for the purpose of destroying the work of the defeated enemy.

This is not to say that I’m something so special.  God has lots of Secret Weapons.  But I needed to know and understand that everything I’ve gone through: all the suffering, all the pain and loss had a purpose.  That purpose was to make me a weapon that can be used in His hand to destroy the work of the defeated enemy.

The day after tomorrow I head out for my first assignment, and it’s a heavy one.  But the ability to destroy the work of the defeated enemy doesn’t lie in me or my ability, but in the ability of the One I serve.  It’s all about God and His Kingdom.  All I am and all I have is His.  This earth is not my home, no matter where I go, my true home is with Him.  Lord, don’t ever let me forget that!

All the honor and all of the glory be to our God forever and ever!  God is good!