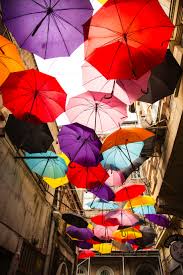 I’ve been in Turin for exactly 24 hours now.  Of course, I don’t know the whole city, but because much of that time was spent walking the neighborhood where I’m staying, I’ve come to know my little part of the city pretty well.  I took tram number nine to get here from the train station.  The closest grocery stores are eight blocks in one direction or two stops on the tram in the other direction—both about three-fourths of a mile away.  I would rather carry groceries the short distance to the tram than walk three-fourths of a mile, loaded down.  I think I’m not alone in this.

This morning it was raining.  I took the tram to the grocery store, did my shopping, and returned to the tram stop to take the tram back to the apartment.  As I sat at the tram stop, I saw a bus marked number nine pull up to the bus stop beside the tram stop.  I hurried over to the bus stop as quickly as I could without risking slipping on the wet pavement or getting hit by a passing car.  As I carefully scurried, umbrella in one hand and grocery bag in the other, I frantically tried to wave.  The bus driver had made eye contact with me when he saw me at the tram stop.  But I was not quick enough.  He left me there in a puff of bio-diesel exhaust.  I returned to the tram stop and hunted for a sign, which I eventually found.  It said that today only the tram will be replaced by a bus.  There was no explanation why.

I went back to the bus stop to wait for the number nine as a bus.  While I waited, I saw a man with a big fancy umbrella go to the tram stop.  An Italian would have minded her own business, but I didn’t want him to go through the disappointment of missing the bus because of being at the tram stop, like I did.  After all, the public transportation is on a reduced schedule on Sundays.  So I yelled to him (in Italian, of course): “Hey, friend!  The tram has been substituted with a bus.”  He waved me off, turned his back to me, and took out his phone.

The thing is that I knew he was going to ignore me.  I have lived in Italy long enough to know that.  My experience over the last sixteen years is that if an Italian stops and asks me for directions, they will ignore my answer, and immediately go ask someone else.  Why?  Because they hear my American accent and figure that I can’t possibly know the right answer.  And when they hear my answer confirmed by someone speaking pure, unaccented Italian, they only believe because they heard it from an Italian.

Now here’s the allegory that came to me:

The man with the fancy umbrella is like someone you want to share Jesus with.  Some of them are going to wave you off and continue their way until it’s too late.

And if I could write the end to this episode, it would end with me getting on the bus and watching it leave Mr. Fancy Umbrella in a puff of bio-diesel exhaust.  In fact, that was the end I was so sure I would see.

So we waited, both of us for the number nine in our two different stops, side-by-side, but divided by the street and the tram barrier.  The rain continued to gently fall.  Then in the distance I saw headlights.  They were tram headlights.  So I hurried back across the street to the tram stop.  Because Fancy Umbrella man was there, the tram stopped long enough for me to get onto it.  He looked at me in triumph.  I looked at him in bewilderment.  On the ride back to the apartment, which is at the end of the line, I thought I would ask the driver about the sign and the substitute bus.

But when we got there, I changed my mind.  All I wanted was to get dry and warm.  Sometimes things here in Italy are just meant to remain a mystery.  Honestly, it is something I have learned to live with.  Anyway, I got a good allegory out of the incident.  And if I left off the real ending, it would be even better.  But life doesn’t always work out that way—especially in Italy!

One thought on “A Very Italian Allegory”